We are focusing on the Chemical Biology, a new attracttive research field, which aiming to understanding biological phenomena through chemistry. Life utilizes very low energy interaction among biomolecules to maintain macro phenomena such as recognition and reproduction. We utilize chemical approach to elucidate the basic science of the biomolecules, and the outcome-based study toward drug discovery and diagnostic device. For example, developments of an automatic glycoconjugate analyzer, an automated glycoconjugate synthesizer, and mechanism- based biomolecule probes, and its application for glyco biomarker, glycoconjugate vaccine, novel drug lead, and post-Tamiflu drugs etc. have been under investigation. In addition, toward coming-of-age of sustainable society, we are expanding our potential to Green Chemical Biology that meets the harmony with the environment. High value added applications of supercritical CO2, recyclable solid catalyst, microwave irradiation, tailored enzymatic reaction, and local bioresources, etc. have been developed. 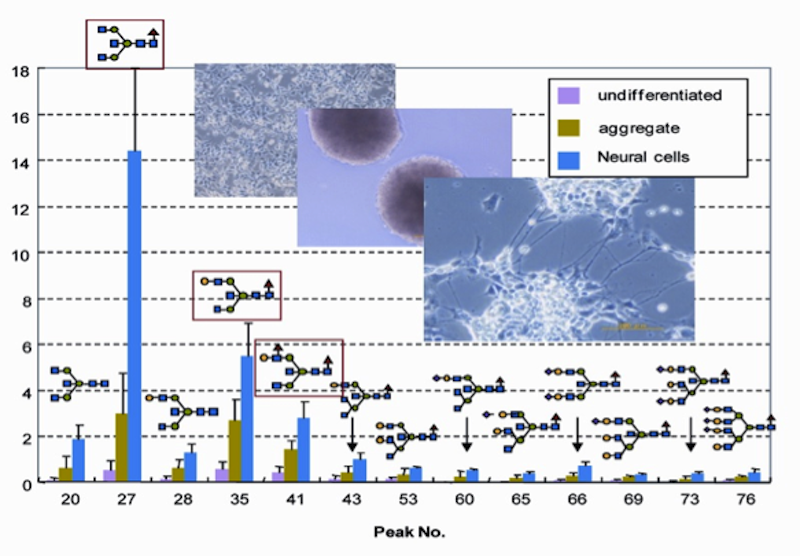 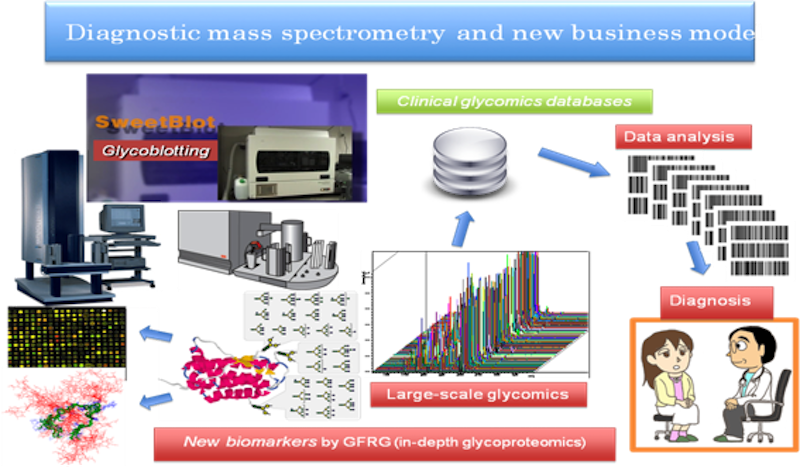 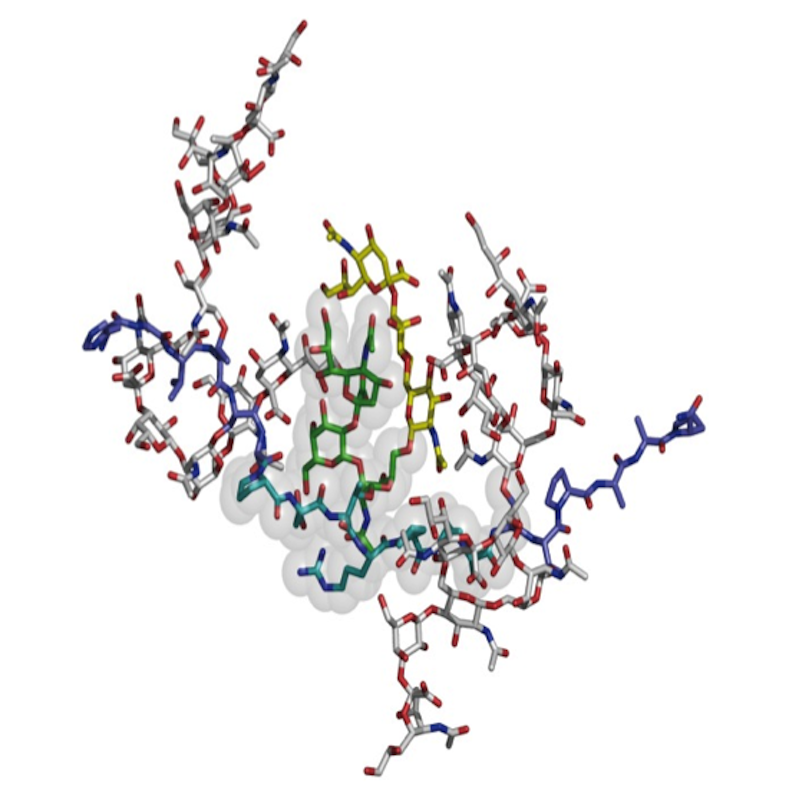 Sphingolipids are ubiquitously distributed in eukaryotic cell membrane. They are highly bioactive as extra- and intracellular signal regulators and the fundamental structure of the membrane microdomain. In our laboratory, we have studied the metabolic mechanisms of sphingolipids, such as sphingosine-1-phosphate (S1P), ceramide (Cer) and sphingomyelin (SM). Recently, we are applying our basic studies to the research on physiological and pathological roles of sphingolipids.
In this year, we have three topics. First, we have investigated the functional role of SMS2, one of the SM synthase (SMS), in obesity and fatty liver formation. Analysis of sphingolipid species in human serum revealed that SM species containing saturated acyl chains were higher in obese groups than in control objects (Fig. B), and were significantly correlated to the parameters for obesity, insulin resistance and liver function. Then, we have been developing the pharmaceutical agent against metabolic syndrome. Second, we found that SMS modulated the release of neuronal exosomes and the vesicles are involved in the clearance of amyloid-ß (Fig. C). And, we revealed the clearance of amyloid-ß was exosomal glycosphingolipid-dependent. These findings might provide a novel strategy for therapy of Alzheimer’s disease. Thirdly, we examined the potential effect of sphingolipids taken orally as food in skin function. In this year, we developed a functional food including ceramide, in collaboration with a company in Hokkaido, and validate its potency to improve skin function by human clinical study. We are now studying about in vivo metabolism of ceramide uptaken orally and the detailed mechanism of its role for improving skin function.

Molecular chirality is a fundamental property which governs various biological phenomena, and is the source of secondary and higher-order structures of biomacromolecules. Our approach for understanding biological systems is based on a detailed understanding of molecular chiral properties.
We have applied chiroptical spectroscopies such as vibrational circular dichroism to investigate the chiral structures of various biomolecules, sometimes at an atomic level. Through our work we will ultimately be able to create molecules that will contribute to the world, such as medicines for cancer, infectious diseases or metabolic syndrome.
Our first goal is to understand and regulate the higher-order structures of biomolecules, and to correlate such structures and their biological functions, by using spectroscopy, organic chemistry and biochemistry. As we established the VCD exciton chirality method, which can determine the stereostructure of molecules without theoretical calculation, we have applied this method to various molecules including small- to medium-sized natural products and biomacromolecules.
Our second goal is to understand and regulate lipid chemical biology utilizing our chiral technology.
We have developed new type of inhibitors toward lipid synthetic enzyme which is related to metabolic syndrome and Alzheimer diseases. We are also developing new photo affinity probe to reveal our skin barrier mechanism to synthesize ultra-long fatty acid containing acylceramides.